The history behind southern fried chicken Southern fried chicken is so entwined with the American South that you’d be forgiven for thinking it was invented by the hands of the Colonel himself. But the real origins of this finger-lickin’ good favourite may lie somewhere very unexpected...

A tale of two countries

In the 18th and 19th centuries, fried chicken was widely accepted to be an original product of the American South. It’s easy to see why: even back then, Southerners made fried chicken a centrepiece for special occasions. The theory at the time was that it came from West Africa, where the locals ate chicken and deep fried their food.

As Mariani wrote, “the Scottish, who enjoyed frying their chickens rather than boiling or baking them as the English did, may have brought the method with them when they settled the [American] South.”

Although this too is just a theory, it’s supported by a recipe appearing in a British cookbook from 1747, The Art of Cookery Made Plain and Easy:

“Cut two chickens into quarters, lay them in vinegar, for three or four hours, with pepper, salt, a bay leaf, and a few cloves, make a very thick batter, first with half a pint of wine and flour, then the yolks of two eggs, a little melted butter, some grated nutmeg and chopped parsley; beat very well together, dip your fowls in the batter, and fry them in a good deal of hog’s lard, which must first boil before you put your chickens in.”

The rest, as they say, is history.

Fried chicken around the globe

Today, modern cooking techniques and mass chicken production have made fried chicken popular amongst many cultures around the world. Here’s just a handful of fried chicken favourites: 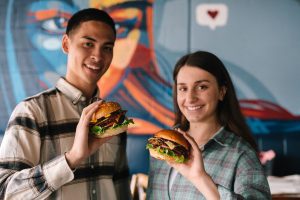 What To Make With Wagyu Ground Beef?

Have you ever wondered about the many varieties of Wagyu, whether it is wagyu ground beef or wagyu meat itself. If you’ve come to this 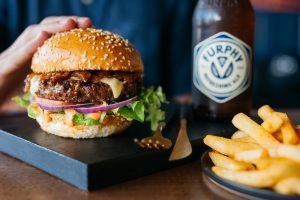 If you’re a meat lover, there’s a high chance you’ve heard of Wagyu steak before. A premium piece of meat lovingly placed on a plate